What is Yoga? History of Yoga

Yoga is a group of physical, mental, and spiritual practices or disciplines which originated in ancient India. The word yoga itself means “union”: of the individual consciousness or soul with the Universal Consciousness or Spirit. Though many people think of yoga only as physical exercises — the asanas or postures that have gained widespread popularity in recent decades — these are actually only the most superficial aspect of this profound science of unfolding the infinite potentials of the human mind and soul.

In Yoga, the body, breath and mind are seen as a union of these multi-dimensional aspects of each and every human being. The system and various techniques of Yoga cultivate the experience of that union, leading to greater integration of being, internal peacefulness, and clarity of the mind. It is a system that is designed to cultivate health and happiness, and a greater sense of self-awareness and higher consciousness.

Yoga cultivates health and wellbeing (physical, emotional, mental and social) through the regular practice of a range of many different techniques, including postures and movement, breathe awareness and breathing exercises, relaxation and concentration, self-inquiry and meditation.

Yogini (spelled also jogan), is the feminine Sanskrit word of the masculine yogi, while the term “yogin” is used in neutral, masculine or feminine sense. More than a gender label for all things yogi, yogini represents both a female master practitioner of yoga and a formal term of respect for female Hindu or Buddhist spiritual teachers in India, Nepal and Tibet. 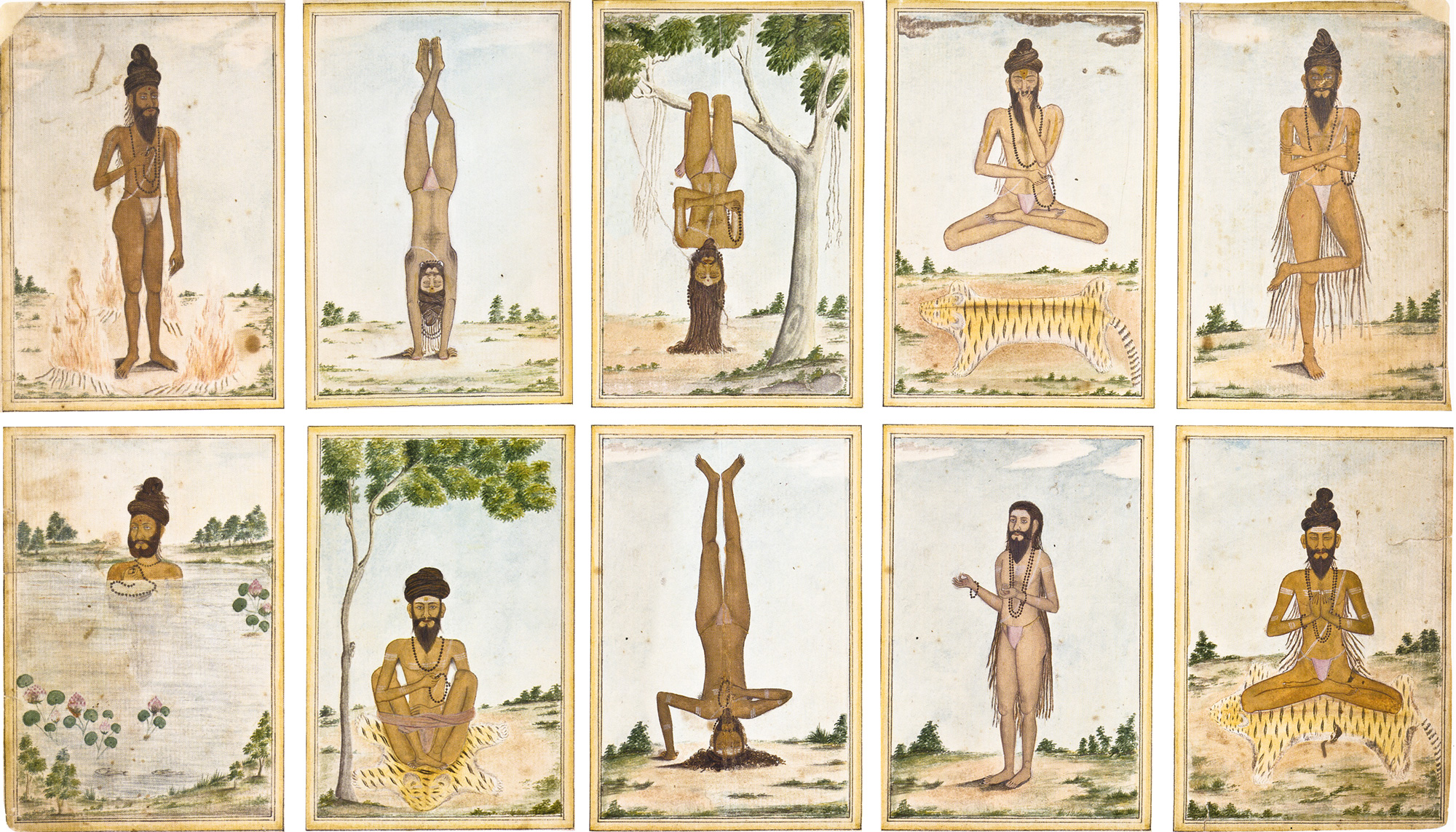 The origins of yoga are a matter of debate. There is no consensus on its chronology or specific origin other than that yoga developed in ancient India. Suggested origins are the Indus Valley Civilization (3300–1900 BCE) and pre-Vedic Eastern states of India, the Vedic period (1500–500 BCE), and the śramaṇa movement.

The chronology of earliest texts describing yoga-practices is unclear, varyingly credited to Hindu Upanishads. The Yoga Sutras of Patanjali date from the first half of the 1st millennium CE, but only gained prominence in the West in the 20th century. Hatha yoga texts emerged around the 11th century with origins in tantra.

Yoga as a concept slowly emerged and has an elaborate mention in Bhagavad Gita and in Shanti Parva of Mahabharata.

There are more than 20 Upanishads and Yoga Vasishtha, which predate Mahabharata and Bhagavad Gita, where Yoga is stated to be the union of mind with the Supreme Consciousness.

Yoga may have pre-Vedic elements. Some state yoga originated in the Indus Valley Civilization. Marshall, Eliade and other scholars suggest that the Pashupati seal discovered in Indus Valley Civilization sites depict figures in positions resembling a common yoga or meditation pose. This interpretation is considered speculative and uncertain by more recent analysis of Srinivasan and may be a case of projecting “later practices into archeological findings”.

Ascetic practices, concentration and bodily postures described in the Vedas may have been precursors to yoga. According to Geoffrey Samuel, “Our best evidence to date suggests that [yogic] practices developed in the same ascetic circles as the early sramana movements (Buddhists, Jainas and Ajivikas), probably in around the sixth and fifth centuries BCE.”

Yoga concepts begin to emerge in the texts of c. 500–200 BCE such as the Pali Canon, the middle Upanishads, the Bhagavad Gita and Shanti Parva of the Mahabharata.

This period witnessed many texts of Buddhism, Hinduism and Jainism discussing and systematically compiling yoga methods and practices. Of these, Patanjali’s Yoga Sutras are considered as a key work.

Middle Ages saw the development of many satellite traditions of yoga. Hatha yoga emerged in this period.

Yoga came to the attention of an educated western public in the mid-19th century along with other topics of Indian philosophy. In the context of this budding interest, N. C. Paul published his Treatise on Yoga Philosophy in 1851.

Since 2001, the popularity of yoga in the USA has expanded. The number of people who practiced some form of yoga has grown from 4 million (in 2001) to 20 million (in 2011). It has drawn support from world leaders such as Barack Obama who stated, “Yoga has become a universal language of spiritual exercise in the United States, crossing many lines of religion and cultures,… Every day, millions of people practice yoga to improve their health and overall well-being. That’s why we’re encouraging everyone to take part in PALA (Presidential Active Lifestyle Award), so show your support for yoga and answer the challenge”.